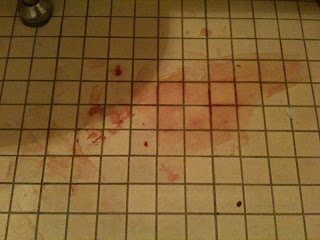 Here's the recording of Ben Sims and I performing at Karma, Osaka, Japan on 1st May (my birthday) 2010.

The crowd that night were wonderfully open and appreciative, and you can hear them on this recording as direct and live feeds were combined for the final recording.

This captures only the first 2.5 hours of a 3-hour Frequency 7 set as, unfortunately, the recorder broke down at that point in the night. However, it still manages to capture an essence of the electric atmosphere of that night.

Bit late but happy birthday tony, a coincidence that the musician that has influenced me in my life met years on the same day as me. I love the sessions do Asturias outside, I know that the people here is not so receptive to these kinds of sounds, but if you ever come back, a bit of future music would be fine.

yo tony!! big mix!!! is there any chance to get the tracklist??

@Angel Fernandez
Aquasella should be good this year. Playing in the tent, not mainstage. Also with Rob Hall.

@mauro
Tracklists for F7 sets are difficult as Ben and I are both playing the whole time. I don't know the names of the tracks Ben plays.
Enjoy the mystery of not knowing!

thanks so much for sharing these mixes!
very kind of you.

whats the melodic oldschool track around 1:40:00 right after HOG remix? or was it also ben playing it?

@Marcel
Yes, it's me playing that. Old track by Orlando Voorn
Baruka - Edge Of Self-Control from this release-
http://www.discogs.com/Baruka-Black-Out-EP/master/37078

tracks at 31.30 (before dettmann/E.R.P.) and 77 (the one before mills) sound more like your selection so I hope u can help me out as well :)
wicked mix. just made my day.

ah right, now i remember it! thanks a lot

could you possibly tell me aswell what's the track on 51:26 please?

great energy to the set, had me dancing at work.
would love to know what the tracks are at 55:30
ta.

so excited to hear that Liddell remix of Don't Take No More. plus the Planet Gong..."where, where, where"

This has got me excited about Fabric on saturday night...

what is the track around 2:00:00 playing with Perfume?

Thanks for the info of Aquasella,I'll be there tomorrow to see your acting,if I get to sign my Dynamic Tension shirt (you make me very happy) not think that I'll wash,i will have to buy another :)

At the end I could not attend, I have missed, I hope to see you again soon, you have to sign my shirt :)
Know of somewhere where I can download the session Aquasella? or mounted in your blog?Thank you Tony.

does somebody know the track @ 55 minutes, AFTER ben klock-red alert?
thank you very much!!!

Ive been tryin to find the track after the DHS remix of house of god; the track starts around the 8 minute mark. 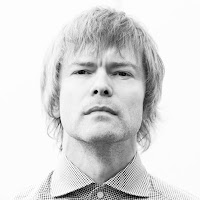